From its location in the heart of Silicon Valley to its entrepreneurial culture, Stanford is heavily influenced by technology. Some Stanford students, though, have noted a divide in the way people think about technology, particularly between the tech industry and the general public. A few months ago, Jason Zhao ’21 founded Stanford Rewired, a magazine aiming to address this societal divide by amplifying underrepresented voices and bringing together people and disciplines.

Zhao, a philosophy and computer science major and the editor-in-chief of Stanford Rewired, said he thought it was strange that Stanford didn’t have a technology-focused magazine, especially given that it is an internationally recognized tech hub.

“There wasn’t anything close to a centralized dialogue … about technology as a cultural, political, social, ethical phenomenon,” Zhao said.

Zhao told The Daily that people at Stanford often tend to conflate technology with the tech industry or with specific majors, and that he wanted “to foster a more expanded, broader view of what tech could be,” especially regarding its impact on campus culture and society as a whole.

One of the major ideas Stanford Rewired operates on, according to Zhao, is “the theme of bridging” disconnected voices and disciplines: “We strongly believe that the pieces are already in place … [but] they’re not being surfaced to the right communities.”

For example, the magazine hopes to reconcile dialogue between the general population and the academic population. While the Stanford Computer Science Department does “incredible” work studying technology as a social phenomenon, Zhao said, they often write with a target audience of other academics in mind — thus students miss out on valuable insights.

“We want this dialogue to be accessible both ways,” Zhao said.

In addition, the magazine hopes to combat the cultural gap in the Stanford undergraduate community between “fuzzies” — students in the humanities — and “techies.”

“We wanted to invite people who are STEM majors … to express themselves and think of themselves as better writers,” Zhao said.

Enya Lu ’23, Chief Operating Officer of Stanford Rewired, added that the magazine hopes to engender more “thoughtful conversation” that avoids the usual dichotomy of the media’s either overtly optimistic or extremely cynical views of technology.

“We wanted to be more of a public forum, where everyone could … read about issues [and] publish their own thoughts,” Lu said. “We want to step beyond this torrent of likes and shares.”

The magazine is also focused on centering “marginalized voices” and giving them a platform around campus, Zhao said. “We’re especially committed to supporting marginalized communities and organizations on campus in non-extractive ways.”

To ensure everyone has a voice, Stanford Rewired allows anyone in the community to pitch ideas for articles. Rewired’s team will then work with interested writers to develop their ideas and finish an article for publication.

“We’re starting off in an era that is marked by really horrible examples of inequality and injustice,” Zhao said. “We want to make sure that everyone can write for us without it being a hardship for them.”

The magazine is currently accepting open submissions until Aug. 28 for their first digital edition, encompassing the theme of “governance.”

“Governance can mean anything our community or our readers want it to mean,” Lu said. “You can think about it in terms of how our government is using technology … how our social media communities govern themselves or [moderate] their content … or how you govern your own use of technology.”

Zhao added that this theme is particularly important in today’s world, noting “the way that technology has mediated everything, from protests, to misinformation, to allowing loved ones to say their last words.”

Whitmer issues warning to auto industry: How it's reacting

Wed Nov 18 , 2020
General Motors’ Flint Assembly plant is running full-on as its 5,000 hourly workers push to meet pent-up demand for the heavy-duty Silverado and Sierra pickups GM builds there. The plant, along with all of the Detroit Three’s U.S. factories, sat idle for about eight weeks this spring as the coronavirus pandemic surged, putting production behind. So […] 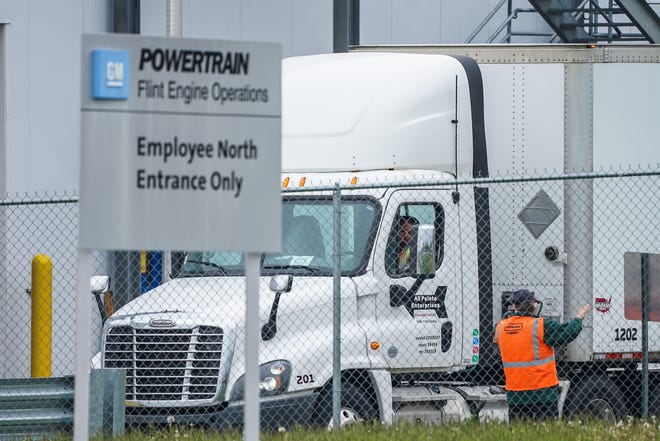