People stand out on Park Square in Pittsfield, Mass. on Monday, June 15, 2020, in support of funding for education as part of a statewide “Day of Action” through the Massachusetts Teachers Association. Locals across the state held rallies or car caravans to bring awareness to the funding issues across the state to show solidarity among local unions and school districts.

Thousands of educators across the nation have been laid off this summer as the result of the coronavirus pandemic and its historic economic fallout, according to an Education Week analysis of local media reports. And there are more to come.

Layoffs notices have been sent across the country—including in California, Massachusetts, and Michigan—as district administrators contend with how to safely reopen schools for the 2020-21 academic year and help students who have missed more than a half-year of in-person learning catch up academically. School and health officials have concluded that that process is going to require more educators, not fewer.

“If we have to physically distance in the classroom, that means you’re going to need a larger teaching force,” said Merrie Najimy, the president of the Massachusetts Teachers Association, which has been hit particularly hard by teacher layoffs. “We’re going to need educators to manage the education of those who are home. … You can’t split the teacher’s class in half and have the teacher teach in two spaces at once. You can’t have a teacher teaching kids remotely and in person at the same time.”

But state income and sales tax revenue has plummeted, and, without a sizeable Congressional bailout, tens of thousands of teachers are at risk of losing their jobs in the coming months. Georgia’s state legislature, for example, cut more than $950 million out of its K-12 budget last month. And Nevada’s state legislature this month is debating a proposal to cut out of its budget more than $156 million, almost a quarter of the state’s K-12 public-school spending.

The rest of the nation’s state legislatures are waiting to set their budgets after Congress decides later this month whether to provide another stimulus package to schools. That means an unusually large number of teachers could lose their jobs right before—or possibly after—the school year starts.

Laying off teachers is an emotionally fraught and demoralizing process for a community. Layoffs often result in significantly lower academic outcomes, according to research by Katharine Strunk, a researcher at Michigan State University who has studied education labor markets.

“Layoffs create massive churn and mobility across schools and within schools,” said Strunk. She pointed out that layoffs are more likely to occur in schools with high numbers of low-income, Black, and Latino students. “A lot of these kids have experienced a lot of trauma coming out of this pandemic. They need to see familiar faces when they come back to the schools they left.”

Do you know of a layoff that’s happened in a school district due to COVID-19? Please let us know by filling out this form.

Layoff notices can be traumatizing for teachers, too, Strunk said, even if they’re later rehired. Her research has shown that laid-off teachers are less effective when they return to the classroom.

“Teachers right now need to spend the summer preparing for this hybrid [online and in-person] or online classroom model this fall, not worrying if they’ll have a job or not,” she said.

Layoffs are usually the last resort for administrators after they have raided their savings accounts, issued furloughs and pay cuts, and shuttered extracurricular and after-school programs.

State lawmakers and local school board members now are grappling with some of the same layoff debates that flared up during the last recession between 2007 and 2009, namely whether teachers should be laid off by seniority or merit. Because so many teachers of color have been hired in recent years as part of local diversity efforts, many civil rights advocates fret that their recent progress will be wiped out.

While many districts now have the option of laying off based on merit, most have decided not to, said Chad Aldeman, a partner at Bellwether Education who has studied teacher pay issues.

California last month banned districts from laying off classified staff and teachers. Instead, districts there are laying off paraprofessionals and other support staff.

Elsewhere, district administrators have asked their unions to reopen contracts to renegotiate layoff processes or make concessions to avoid layoffs. Many teachers have been offered early retirement packages.

Fiscal analysts now predict this recession will be much worse than the last, with districts facing budget cuts of more than $555 billion or 25 percent of their revenue over the next three years. Some K-12 experts predict the country could lose at least 320,000 teaching jobs if states continue to slash their education budgets.

During the Great Recession, more than 300,000 teachers were laid off, according to some estimates. Those layoffs, according to a study published last year by the American Educational Research Association, are part of the reason that academic outcomes have stagnated in recent years.

In May, Education Week began tracking local media reports to better understand how many educators were being laid off because of the pandemic and where those educators worked.

Education Week found nearly 100 districts that have sent layoff notices to more than 3,600 educators in the last several weeks. The dataset is not comprehensive and, in many instances, media reports did not distinguish between teachers and other educators inside school buildings.

In almost every instance, administrators said they were forced to issue layoff notices because of the budget uncertainty at the state and federal level caused by the pandemic and the conclusion that they would not have enough cash on hand this upcoming school year to pay the salaries of all their employees.

While many promised to rehire, the layoff notices, sent in the middle of a global pandemic and the height of a recession, struck a sense of panic among staff members.

“That’s the tragedy of this—they can’t put their lives on hold on the chance that the state is going to come through with the budget,” said Najimy, of the Massachusetts union. “They’re going to find other jobs. … They might leave the profession entirely. One way or another, if they’re not in their towns where they teach, we’ve weakened the community at a time when we need strong communities.”

The Massachusetts Teachers Association estimates that more than 2,000 teachers and education support professionals in that state have been laid off in about 50 districts—which Najimy estimates is higher than the jobs lost during the Great Recession. State officials there are grappling with a more than $6 billion budget deficit.

In Brookline, Mass., teachers last month staged a silent demonstration with empty chairs in front of the high school to protest the more than 350 educators who were laid off to fill a $6 million deficit. A teacher there was told she was laid off, told the layoff notice was a mistake, then told again that she was laid off before being rehired for a part-time job, according to local media.

In Adrian, Mich., a rural farming town, the superintendent furloughed himself and the rest of the central office staff to avoid mass teacher layoffs.

Grand Rapids, Mich., schools took more than $5 million out of its $6 million in savings before laying off 111 employees.

Tacoma, Wash., board members laid off 86 of the district’s paraprofessionals and reduced the hours or changed the schedules of about 350 more, saying they won’t need as many support staff this coming school year since most classes will be held online. Glory Tichy, the president of the Tacoma Federation of Paraeducators, slammed the decision as shortsighted, saying that students will “need more support than ever,” as they cope with the anxieties associated with the coronavirus pandemic and the ramifications of the abrupt transition to remote learning this spring.

Jami Witherell, a 3rd grade teacher who was laid off in Greenfield, Mass., said she worries that layoffs are “dismantling the core of your school” during an uncertain time when students are craving familiarity and comfort.

“To have teachers removed from the classroom really is to the detriment of our students,” she said.

Education Week needs your help. Do you know of a layoff that’s happened in a school district due to COVID-19? Please let us know. Fill out this form to provide us a few details.

Thu Aug 13 , 2020
For many, summer means garage sale season, but sadly, not as many sales are happening this year thanks to the darn COVID. Ready for some good news? A BIG garage sale is happening next weekend in Rockford, AND it will feature a whole bunch of pet items you can get […] 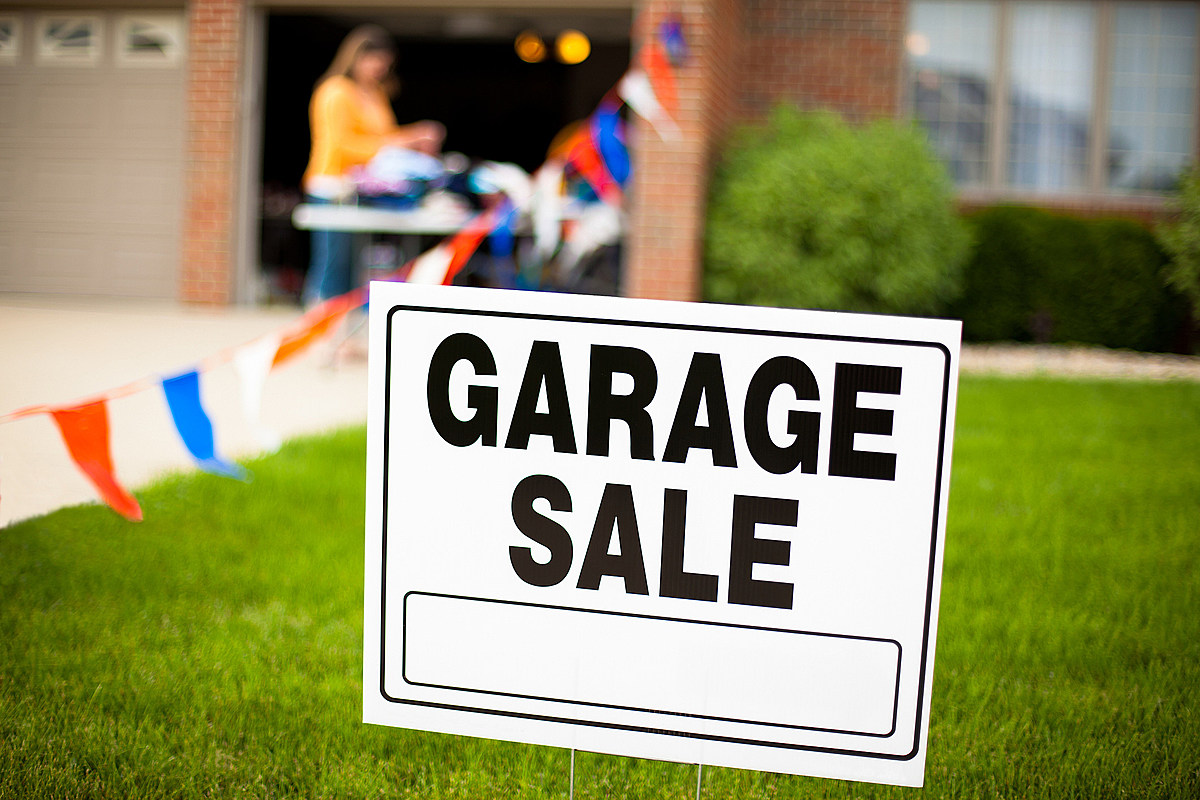