The Penske Group sells about 35 car brands through more than 300 dealerships in the U.S. and abroad, according to Dun & Bradstreet. Second-quarter revenue declined 36 percent to $3.7 billion in the same period last year. Earnings fell 60 percent but, unlike many automotive firms, the company made money. The Penske Group generated $45 million in net income, compared with $118 million in the second quarter of 2019.

“In many respects, we’ve adapted the way we do business,” Penske said. “Many of our employees worked remotely. We increased our digital performance rates and increased our online sales through home curbside delivery and click-and-collect initiatives.”

“Starting in late March, we began furloughing approximately 15,000 employees, 57 percent of our workforce,” he continued. “We reduced [selling, general and administrative] expenses by $215 million in the quarter. . . . We focused on liquidity and preserving cash.”

Business results improved as the quarter progressed. “In April and May, many of our U.S. and Germany dealerships were impacted by shelter-in-place orders while operations in Italy, Spain, and the U.K. were closed,” the company said in a statement. As a result, same-store sales declined 71 percent in April and 50 percent in May. In June, however, same-store sales were down just 1 percent.

Penske Group called thousands of employees back to work. On July 1, 14 percent of its workforce remained on furlough.

A similar story emerged at Ally Financial, which generates most of its revenue from auto loans. Net income was $241 million in Q2, down nearly 60 percent from $582 million last year—but a big improvement from the $319 million loss recorded in the first quarter of 2020.

Results improved for Ally’s auto finance business toward the end of the quarter, executives said. Loan volumes for used cars spiked in May and June, setting a company record. “We saw steady improvement throughout the quarter as shelter-in-place orders eased and dealers quickly adapted to the COVID environment,” said CFO Jennifer LaClair.

General Motors cited a similar trend. “Retail sales have recovered from April lows to around 20 percent below 2019 levels at the end of the second quarter and trending better in July,” said CFO Dhivya Suryadevara.

CEO Sachin Lawande said the staggered re-opening of the global economy made it difficult to align supply chains with market demands. Automotive production recovered to pre-COVID levels in China early in the second quarter, Lawande said, and resumed at varying capacity in Europe in early May, Brazil and India by late May, and North America in early June.

“In this uneven environment, vehicle production at top Visteon customers was down 53 percent year-over-year,” he said.

In response, Visteon cut expenses. “Our manufacturing costs were reduced by more than 45 percent, while gross engineering and adjusted SG&A were both down approximately 30 percent,” Lawande said.

“The outlook for vehicle production in the third and fourth quarters depends on a few factors,” he continued. “The most important [are] the ongoing crisis due to coronavirus and the resulting impact on global economies as well as the geopolitical uncertainties that have impacted consumer confidence even prior to COVID-19.

“It is difficult to predict when we will be able to overcome the coronavirus, but it appears unlikely to happen this year, and we may have to live in this environment for the rest of the year.”

Ramping up and forecasting a recovery

At Aptiv, quarterly revenue declined 46 percent and the company lost $369 million compared with a gain of $274 million last year—but prospects are brighter for the second half of the year.”

The global tech company operates a research and development center in Troy.

“As it stands today, we’re fully operational with each of our 126 major manufacturing sites up and running . . . allowing us to operate across our global network at roughly 85 percent of our normalized capacity,” said CEO Kevin P. Clark.

Cooper Standard presented a similar picture. “All of our plants have now been re-opened and have begun ramping up production in alignment with customer demand,” the company said in a statement. “At the end of June, our production volumes globally were at approximately 70 percent of the levels that had been anticipated prior to the global pandemic.”

All Visteon plants are now back in operation and the company expects production at its automaker customers to be down about 15 percent in the second half of 2020.

Meritor CEO Jay Craig also expressed optimism: “I’m happy to say we are now up and running in all of our facilities globally and are seeing truck volumes recover at a healthy pace,” he said.

American Axle CEO David Dauch said his company anticipates a “solid second half” of 2020, but he expects U.S. full-year car sales will fall from 17 million in 2019 to 14 million this year.

“Things are not back to normal,” he cautioned.

The Rise Of Fashion Fitness Influencers

Thu Aug 13 , 2020
The year 2020 has changed all the summertime rules for workplaces, vacations and fitness. As people take their exercise outside into public parks and beaches, sweating in style is becoming the hottest and coolest fashion trend. Lockdown nudged us onto social media searching for ways to move our bodies in […] 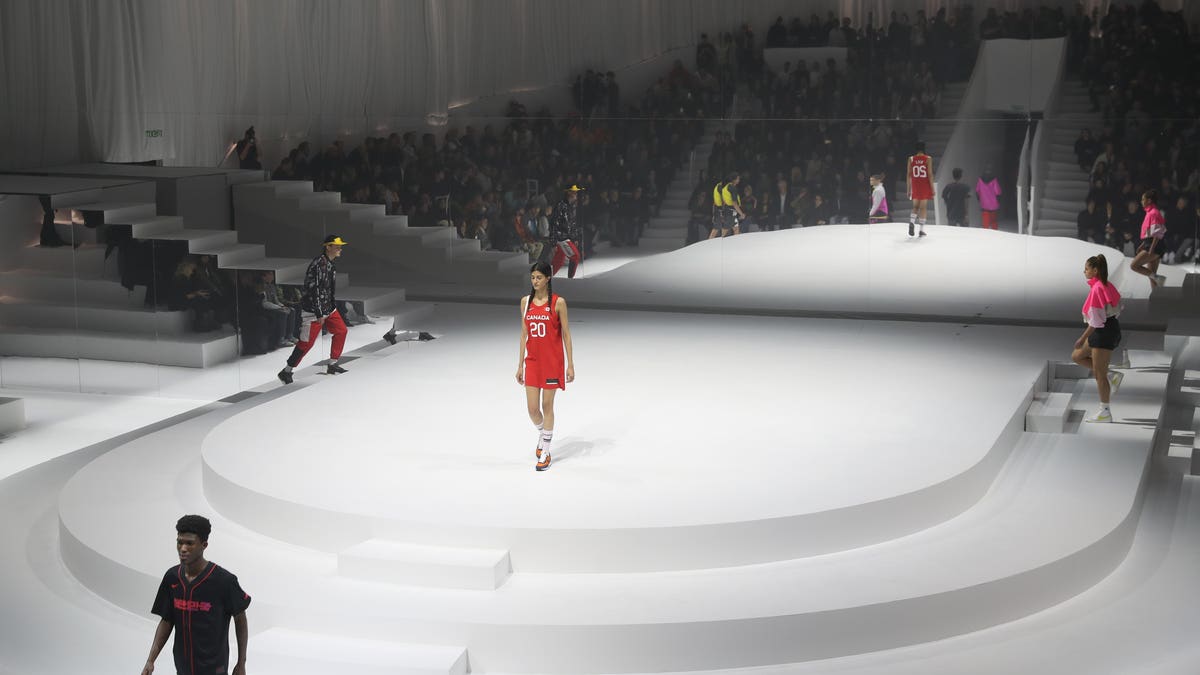