“When you have 13 million people out of work, and you’ve got people suffering and small business suffering, that’s far more important than the vicissitudes of Wall Street,” Dimon told CNN’s Christine Romans. “That’s what we should worry about.”

Dimon said businesses must do more to help low-income and minority Americans. That’s why he joined a new initiative to work with educational institutions and nonprofits in the New York area to provide more job opportunities for Black, Latinx and Asian workers. He said that government alone cannot solve society’s biggest problems.

“The pace is quick, the world has become more complex, and these problems of education, and jobs, infrastructure, immigration, if you fixed these things we will have a far more just society,” Dimon told Romans.

Dimon, along with City University of New York Chancellor Félix Matos Rodriguez, spoke with Romans last week about the launch of the New York Jobs CEO Council, a coalition of 27 business leaders that is pledging to hire 100,000 New Yorkers by 2030 and provide apprenticeships for 25,000 CUNY students.

The goal of the council, according to Matos Rodriguez, is to build new connections for his school’s students — many of whom are the first in the family to go to college.

“The idea is to build new networks,” Matos Rodriguez said. “That internship is going to be the beginning of those building of networks. And then everybody’s going to see what kind of talent there is.”

LaGuardia Community College student Matthew Wilson was one of the beneficiaries of the jobs program. Wilson, who has a criminal background, earned college credits while in prison before he was released from jail in 2016.

Wilson enrolled at LaGuardia in 2017 and was recommended for the college’s honors society and honors internship programs. Through that, Wilson was chosen for an internship with NBC, working as a production assistant for the network’s local news channel in New York.

Dimon said that for many younger people, the opportunities to work with major companies show them that “jobs create dignity, better social outcomes and that … there’s always the first rung in the ladder.”

Dimon hopeful that worst of pandemic will soon be over

During the wide-ranging interview, Dimon also said he thought the US was “slowly getting the virus under control, and other countries have.”

“We will win that war,” Dimon said, adding that he’s hopeful that the unemployment rate, currently at 10.2%, will fall under 7% sometime in 2021.

He praised leaders in Washington for stimulus efforts so far.

“The government did get it right,” Dimon said. “You can criticize some of these programs, but I think the administration, Secretary Mnuchin, the Democrats, the Republicans, they did it within weeks. Have you ever seen our government do something within weeks?”

But Dimon also said that more government stimulus is needed, adding that there shouldn’t be a sense of complacency just because the stock market has roared back to life in recent months.

Dimon did not tip his hand when asked about what might happen for the bank after the presidential and congressional elections in November either.

“My job is to run JPMorgan, serve our clients, serve our communities, our countries, et cetera, and the United States of America. And that’s the job and we’ll be fine, with a Democrat or Republican,” he said.

But Dimon did say he wishes for more civility and humanity in any political discourse — a return to people putting country before partisan interests.

“What I really hope for is that any president says, we got to fix infrastructure, we got to help education. We’ve got to do these things right. And do it in a way that it creates good, healthy growth,” he said.

Still, the economy may be forever changed as a result of Covid-19. Dimon said that JPMorgan Chase will continue to be “very flexible” about letting people work from home, noting that the bank has about 150,000 people working remotely.

“We’re going to try to enhance childcare benefits, or let people know where the childcare is,” he added.

Dimon also said he is once again working in the bank’s New York headquarters, despite having emergency heart surgery in March.

“I’m almost back to normal today, I like going to work, I get much more done here,” Dimon told Romans. The bank is doing temperature checks of employees, the offices have new air filters and workers are practicing social distancing, he said.

Dimon, who said two years ago that he did not plan to retire until 2023, didn’t address the issue of succession planning — despite his health scare and the fact that figuring out who might replace Dimon is a favorite game of Wall Street analysts and investors.

“I feel terrific, I’m back to doing most of the stuff I was doing before. I think people having a purpose in life is a good thing,” he said. “I love what I do.”

Wed Aug 12 , 2020
“Virgin loves to take on seemingly insurmountable problems, and try to overcome them,” he said in 2018. But these days, Branson’s business empire is facing what could be its biggest challenge yet. Virgin Atlantic last week filed for US bankruptcy protection as part of a $1.5 billion recapitalization plan to […] 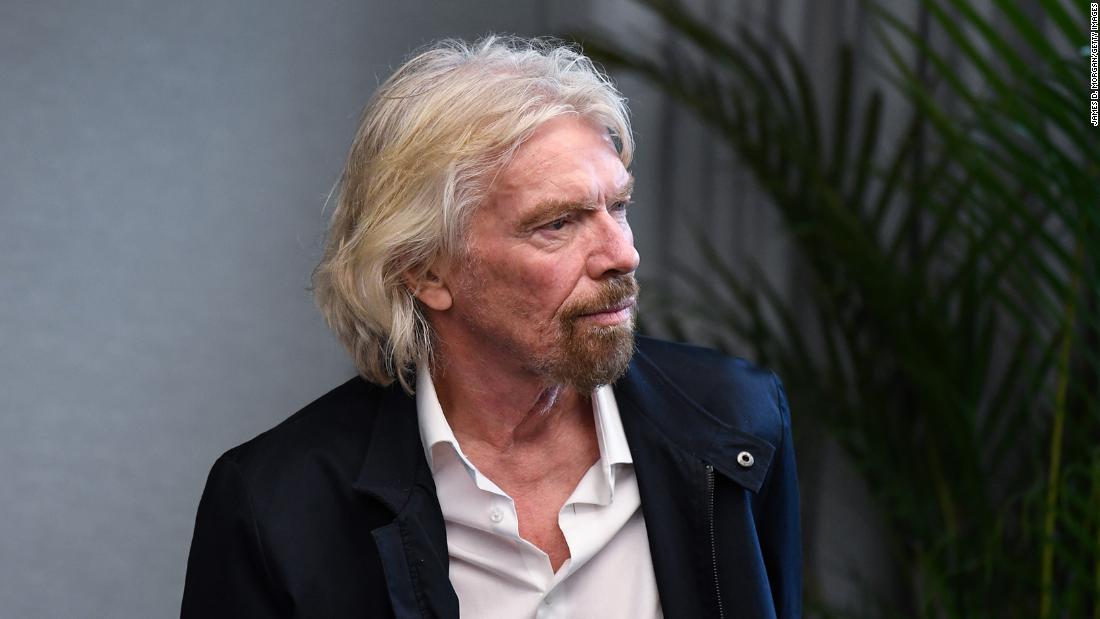