An intoxicated wedding guest is facing multiple charges after choking a woman in Chanceford Township, damaging a fence and running from state police, according to charging documents.

Jason Elwood Lake, 36, of the 100 block of East Cedar Street, Elizabethtown, Lancaster County, is charged with one felony count each of strangulation and escape, misdemeanor counts of DUI, simple assault and resisting arrest, and summary counts of harassment, criminal mischief and driving with a revoked or suspended license.

Lake remained in York County Prison on Thursday morning on $50,000 bail. He has a preliminary hearing scheduled for Sept. 14 before District Judge John H. Fishel, according to online court records.

More:Police: Stewartstown woman drove under influence with toddler in back seat

State police were dispatched just before 6 p.m. Saturday to an alleged choking involving a couple at a wedding in the 3200 block of Sechrist Road in Chanceford Township.

The victim said Lake consumed several alcoholic beverages and kept asking for the keys to the vehicle to leave. She said she didn’t want him to drive because he was too intoxicated. The woman said she threw the keys in a nearby field and Lake retrieved them.

The owner of the property where the wedding was being held told police Lake then grabbed the woman “by the neck with two hands and attempted to lift her off the ground,” according to charging documents.

A man who was also a guest at the wedding tried to stop Lake and called 911. The property owner said Lake began “dismantling her fence, causing damage” before taking off in the victim’s car, a Pontiac G6.

A trooper later saw Lake pulling up to the scene, parking on the berm of the road and getting out of the driver’s seat. Troopers said Lake had bloodshot eyes and had an odor of alcohol on him. He also had slurred speech and had trouble walking, charging documents state.

Lake refused a field sobriety test, then ran into a nearby field when troopers tried to arrest him. A trooper eventually was able to take Lake to the ground and take him into custody. Lake also refused to have his blood drawn to determine his blood-alcohol content and became belligerent with a trooper.

Lake’s license was revoked at the time of the incident, and he previously was convicted of three DUI offenses, charging documents state.

— Ron Musselman can be reached at [email protected] or via Twitter at @ronmusselman8.

Fri Aug 14 , 2020
Outside experts who spoke to CNN were shocked that ethics officials at the postal service approved this arrangement, which allows DeJoy to keep at least $30 million in XPO holdings. DeJoy and USPS have said he fully complied with the regulations. Raising further alarms, on the same day in June […] 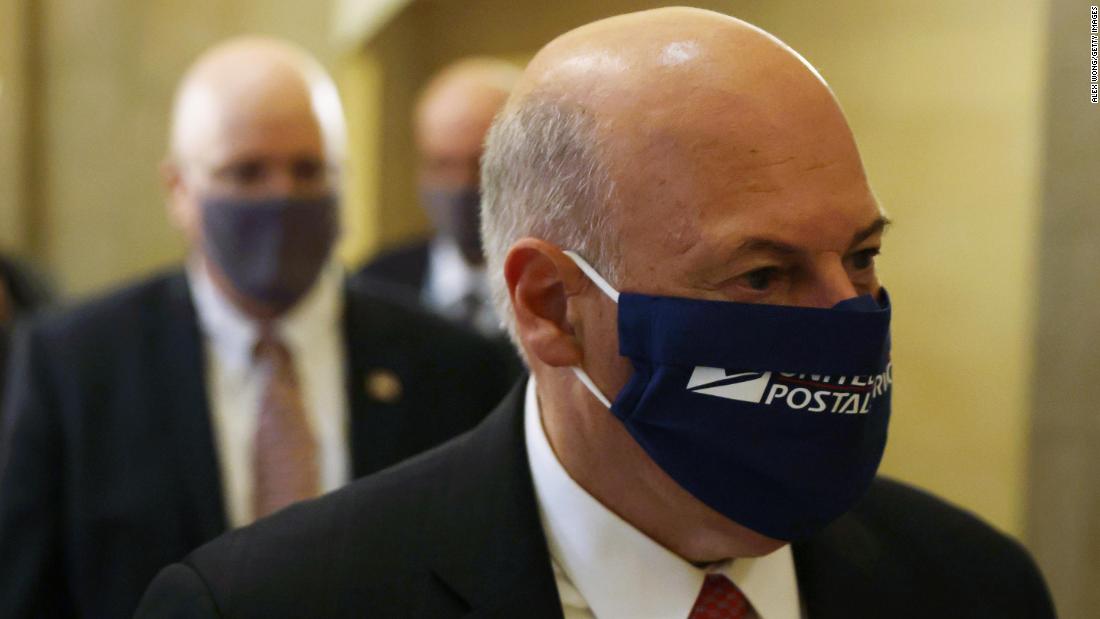