Animal advocates in Kitsap saw years of work come to fruition this week as an ordinance to ban the sale of pets from “puppy mills” went into effect.

It comes after a decade of educating the public about the conditions animals raised by large-scale commercial breeders go through and working to get laws enacted in each city in Kitsap.

The ordinance was passed last July by the Kitsap County commissioners, with a goal to ensure buyers are getting healthy pets and to promote animal welfare. It went into effect on July 22.

Karyn Moni was one of the advocates who began the effort. A group called Kitsap Animal Advocates was formed to help educate the public about pet stores sourcing animals from puppy mills, and from there many others joined the cause.

“It’s great just to know that our community won’t be supporting our cruelty,” she said, adding it was reassuring to see county leaders listen and ask the right questions.

But it wasn’t until recently the county began to seriously consider an ordinance.

Kimmy Siebens got involved in the effort to stop the sale of pets from large-scale breeders in 2017 and created a nonprofit called Their Voice. She worked to raise awareness of the problems with animals that come from these types of breeding facilities. Getting more people involved helped the issue be taken more seriously, she said.

The group started with the four cities in Kitsap pressuring the county to join other jurisdictions in adopting an ordinance.

Siebens says selling these pets is a form of consumer fraud.

“I wanted to tell consumers so that they don’t get fooled, like I have in the past about what you’re actually supporting when you give them your money,” she said.

Siebens grew up on a small farm, never realizing some animals could be treated inhumanely.

“I found out by sort of being tricked into believing what somebody told me when I was purchasing a dog,” Siebens said. “And then I later come to find out I had, you know, paid them $1,000 for it and then I basically was supporting this cruel industry.”

She said it was like a veil was lifted from her eyes. That pushed her to get involved — she wanted to protect other consumers from going through something similar. Many times the animals are sick or have major health problems and are sold to consumers without warning. People grow emotionally attached to the animals, Siebens said, and will do anything to save it. This can cause hefty and unexpected vet bills for people who thought they were getting a healthy new puppy.

“It just costs you heartbreak, like not just emotionally but financially it can really wreck a person,” Siebens said.

She says the responsibility also lies with the consumer. It’s best to meet the breeder yourself and know exactly where the pet is coming from, she said. Carollynn Zimmers, who worked as a vet for 30 years in Kitsap, agrees and says it’s also good to visit before the puppies are born and before they’re weaned to witness them being properly cared for. She encourages people who want to get a dog to “adopt don’t shop.”

Only one store in Kitsap is affected by the ordinance. Farmland in Silverdale obtained its puppies from a breeder in Kansas, which is listed on a “Horrible Hundred” list of puppy mills with inhumane conditions, said Jenna Jensen, public policy specialist at the Humane Society of the United States. Jensen works on the Stop Puppy Mills campaign helping jurisdictions all over the country enact bans on the sale of puppy-mill pets, and took part in Kitsap’s effort. She said the farm the dogs come from had over 960 dogs on the property in January and have received numerous citations from the United States Department of Agriculture for things like dogs with excessively long toenails, eye problems, scabs and hair loss, and having to live in extreme temperatures.

Farmland’s website says it will cease selling puppies after the last group is sold after the county’s ordinance goes into effect.

She says ordinances like these aim to stop the importation of puppy mill puppies and being sold to unsuspecting consumers, as well as protect consumers from being fooled into supporting the industry and receiving a sick puppy.

Dogs that come from these farms are confined in small unsanitary cages, shipped long distances to be sold in pet stores where they often live in another small cage, potentially with another sick puppy, Jensen said. The animals are under a huge amount of stress, which can exacerbate health problems.

“The Sire and Dam, the mother and father, never get out of their cages,” said Zimmers. “The puppies are not socialized. They’re stressed. They’re sent to pet stores where they are further stressed and the whole system is abusive.”

Zimmers said she witnessed an array of problems from puppies purchased from Farmland.

“Sometimes Parvo, behavioral issues, genetic issues, the full range of preventable illnesses if they would have been bred locally and not stressed,” she said.

Jensen also points out the unsanitary conditions could aid in disease transmission, putting transporters, pet store staff, and consumers at risk of COVID-19.

Zimmers was working at the state level to ban the importation of animals from factory farms but found working locally was the best way to get it done in her home. While these laws won’t eliminate the supply side of the industry, it will help eliminate the consumer side in areas where these laws are in place.

A bill in the state House (HB 1640) would create a similar ban on the sale of pets from large-scale commercial breeders across Washington, though it’s been sitting in committee since its introduction. Siebens says getting it passed will likely work similarly to Kitsap County — first starting with cities, pressuring others nearby to join in on creating laws.

“If you go to state level and you don’t have a lot of ammo in your pocket,” Siebens said, “like, 30 cities in your pocket, then I think they don’t take you as seriously.”

Gig Harbor recently passed laws banning the sale of animals from these breeders, the first city in Pierce County to do so. Kitsap is the first county in Washington to enact the laws.

Statewide laws have been passed in Maryland, Maine and California, said Jensen, as well as 359 local jurisdictions.

Zimmers is hopeful the movement will continue to spread, pushing pet stores to convert to humane models before a law makes them.

Siebens says it’s important to remember that even though these ordinances are passed, they’re not always enforced. The breeders also work to find loopholes, she said, once again leaving the responsibility to the consumer to humanely purchase a pet.

Advocates for the ordinance stress that it’s not their goal to harm local businesses but to encourage a humane way of selling pets.

“It’s a hopeful thing that it passed but it’s just a small step in the right direction,” she said.

Thu Aug 13 , 2020
Teachers are stocking up on face coverings, hoping to protect themselves and their students from the coronavirus as some U.S. schools begin in-person instruction. Many states and school districts have said they would provide personal-protective equipment to those who need it, but some teachers say they haven’t received it yet […] 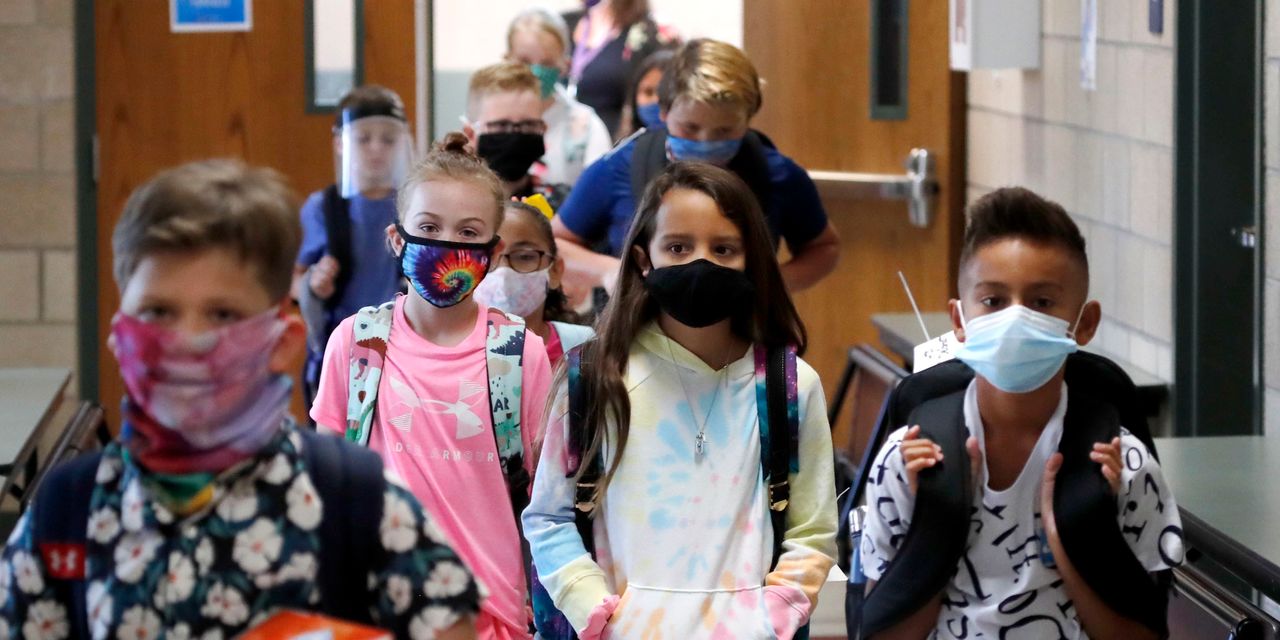 Thousands of Educators Laid Off Already Due to COVID-19, and More Expected

Special Education Resources to Use During Distance Learning