Social Affairs Correspondent Fiona Lamdin used the N-word in a segment on an apparently racially aggravated assault in the city of Bristol, sparking more than 18,600 complaints from viewers.

Tony Hall, director general of the UK’s public service broadcaster, apologized in an email to all BBC staff Sunday and said the segment “ended up creating distress amongst many people.”

“The BBC now accepts that we should have taken a different approach at the time of broadcast and we are very sorry for that,” Hall wrote in the email, which the BBC shared with CNN. “We will now be strengthening our guidance on offensive language across our output.”

The broadcaster had intended to highlight an alleged racist attack, wrote Hall, who added that the BBC would continue to report on these stories.

“Every organisation should be able to acknowledge when it has made a mistake. We made one here,” he wrote. “It is important for us to listen — and also to learn. And that is what we will continue to do.”

The apology came after a popular BBC radio host, DJ Sideman, resigned over the use of the slur.

“The use of the N-word and the subsequent defense of it felt like a slap in the face of our community,” DJ Sideman — real name David Whitely — said in a video statement posted on Instagram Saturday.

“The BBC sanctioning the N-word being said on national television by a white person is something I can’t rock with. This is an error in judgment where I can’t just smile with you through the process and act like everything is okay,” he added.

On Sunday, a Black correspondent for BBC World, Larry Madowo, told his 1.9 million Twitter followers that the BBC “didn’t allow” him to use the N-world in an article when quoting an African-American.

“But a white person was allowed to say it ON TV because it was ‘editorially justified,'” Madowo tweeted.

Lamdin’s report aired on July 29. It described an attack on a health worker and musician known as K, or K-Dogg.

He was hit by a car on July 22, in what police described as a “racially aggravated attack” due to the racist language used by the occupants of the car.

Four men between the ages of 18 and 23 have been arrested on suspicion of attempted murder.

Coronavirus and Weddings: Take It Seriously

Thu Aug 13 , 2020
Rules and Regulations Vary by State State laws vary when it comes to weddings. Some wedding spaces are governed by the same rules as restaurants, meaning they can accommodate a certain percentage of their overall capacity. In Arkansas, for example, you can fill venues to 66 percent capacity. So an […] 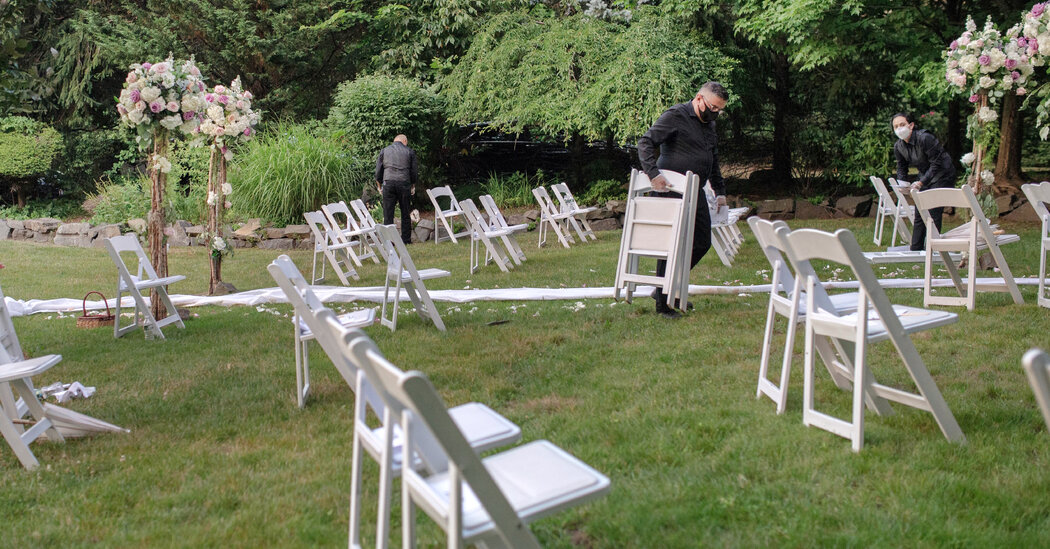