They took a big hit when the COVID-19 restrictions played havoc with the wedding and school prom seasons. Now, those who make their living selling men’s suits are also feeling the pain caused by work-from-home becoming so commonplace.

Suits are not being worn as often. Professionals who routinely spent five work days a week in a nice suit and tie now find themselves at home or office dressed casually as they do much of their work alone, remotely. That’s not good news in the word of suit sales.

“It’s declined,” said tailor Tony Koutsogiannis, who with his sister Mary Kyriakakis owns and operates Mr. and Mrs. K’s Men’s Suits and Accessories on County Street in Somerset. “Because of COVID, yeah. We took a big bang. A lot of people are still working from home.”

President of the Karam Financial Group in Fall River, Bob Karam has been ushered into a new sartorial chapter in his professional life because face-to-face business is not the norm. Pop into his Rock Street office these days and you’re apt to catch Karam without a jacket and tie. That would have never happened pre-pandemic.

“When it’s real important, I’ll put on a suit,” Karam said on Wednesday. “It’s a different world. I never walked into the office without a suit. When I put a suit on, I felt like I was putting my armor on.”

Suits just have not seemed mandatory for teleconference, for Zoom meetings, for Microsoft Teams meetings.

Christopher Carreiro, Swansea attorney and member of the town’s board of selectman, said his suit-wearing has taken a major pandemic-induced dip. He still has to look properly professional when he appears, for example, in probate or family court. But for the most part, his suits are hanging and feeling abandoned by their owner.

“I haven’t been wearing a suit to work,” Carreiro said. “If I don’t have a client coming in, I don’t wear a tie. I try not to even be in the office these days. I only wear a suit when I have to, especially with this weather. I used to wear a suit every day.”

Karen Lovenbury-Sann, manager of the Delken cleaners at the Riverview Marketplace in Fall River, said she has seen in the pandemic a conspicuous drop in men’s suits being dropped off. “We just started seeing more dry cleaning coming in,” she said.

Lost suit sales, Kyriakakis said, also come from people interviewing for jobs, who don’t feel the need to buy a new suit for a Zoom or Facetime meeting. And the lost wedding business has not been limited to wedding party purchases. Wedding guests would often come in. One guest in particular, Koutsogiannis recalled, told Mr. K. to make him look better than the groom, regardless of cost.

On the plus side, funerals are again being held, and Mr. and Mrs. K., offering extra special deals, are selling the black suits to funeral home workers.

Tailoring work has helped keep their business afloat, Mrs. K said. Koutsogainnis is being flexible. He’s re-upholstered some furniture cushions, something he said he wouldn’t have thought of doing six months ago. Early in the pandemic, helped by a family connection, Mr. and Mrs. K made 500 face masks for Montana Silversmiths, a company that makes belt buckles and trophies for rodeos.

Their business received no state or federal assistance, Kyriakais said. Mrs. K is optimistic business will come back to what it was. Mr. K sounds a tad more worried about what the new normal may be.

“We’re hoping, because it’s just the two of us, that we can hold on, as these big companies really are not being able to,” she said. “Once this is all over with, maybe if we can stick around, maybe it will be beneficial to us.

“This town supports its small businesses tremendously, so we’re so lucky to be doing business here.”

Wed Nov 18 , 2020
The 112-year-old company blamed its failure on changing consumer habits and the pandemic, both of which “have caused significant financial distress on our business,” Stein Mart CEO Hunt Hawkins said in a release on Wednesday. Like other retailers, its operations were severely hit after the pandemic forced temporary store closures […] 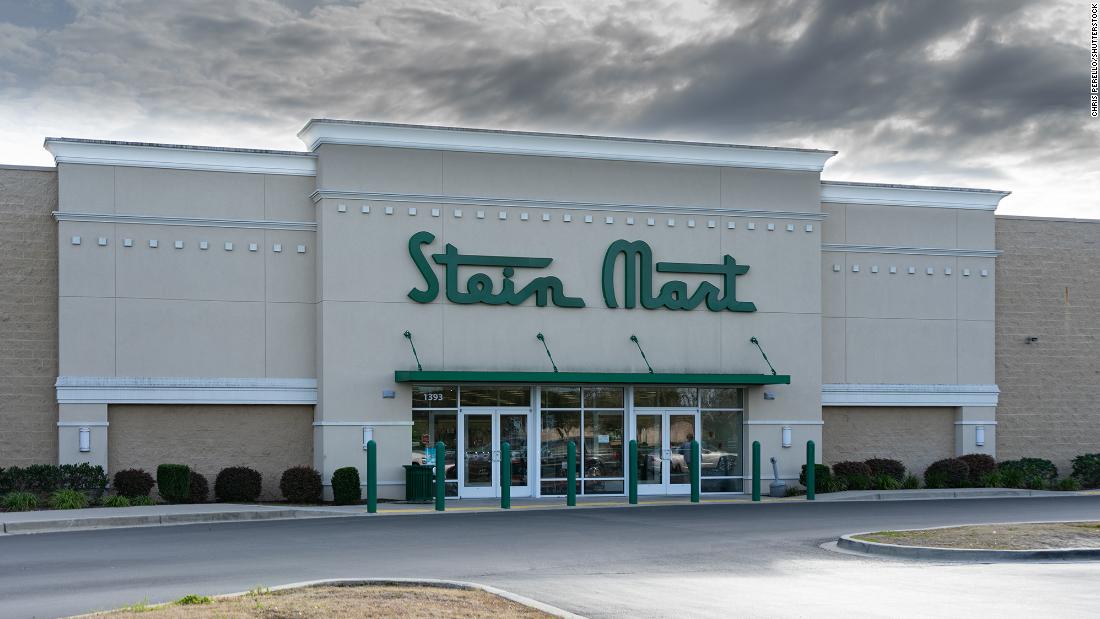