© Provided by The Edge

KUALA LUMPUR (March 30): Malaysia’s insurance and takaful funds posted a decline in aggregate profitability in the second half of 2021 (2H2021) due to weaker investment performance, according to Bank Negara Malaysia (BNM).

Life insurance and family takaful funds’ excess income over outgo dropped to RM8.7 billion in 2H2021 from RM17.3 billion in the same period a year prior, BNM said in its 2021 Financial Stability Report.

This was largely due to valuation losses from equity and bond investments, it said, in line with the relatively weaker domestic equity market performance and higher bond yields during 2H2021.

This was despite net underwriting income of life insurance and family takaful funds climbing to RM4 billion in 2H2021 from RM2.9 billion in 2H2020, carried by sustained net premium income and lower benefit payouts.

However, BNM said benefit payouts are expected to normalise moving forward as economic and social activities fully resume as well as amid better economic prospects which would support higher bonus payments to participating insurance scheme policyholders.

“The share of premium deferment and premium holidays remained small at 9.2% of total premiums in force. Similarly, the impact of Covid-19 claims on profitability remained manageable,” it added.

BNM said general insurance and takaful funds’ underwriting performance was weaker due to higher claims incurred from the motor and fire segments following the ease of movement restrictions and the December 2021 floods.

“Net estimated losses from the flood events amounted to RM958 million, or 16% of total estimated economic losses, reflecting the relatively low levels of coverage, particularly among households and small businesses.

“The overall impact of the flood events on the profitability of general insurance and takaful funds is expected to remain manageable despite additional claims anticipated in the 1Q2022,” it said.

Additionally, the central bank noted that motor premiums grew slower in 2H2021 on the back of rate reductions across all general insurance and takaful operators (ITOs), which was compounded further as some consumers deferred car purchases given the extension of the sales tax exemption to June 2022 as well as anticipation of newer vehicle models.

In view of this, BNM said it will continue to pursue further liberalisation of the motor and fire tariffs to better align pricing and risks while preserving access to coverage.

Overall, BNM said the recovery in the insurance and takaful business growth remains resilient, but contingent upon the economic outlook, adding that ITOs’ financial performance also remains highly susceptible to volatility in financial markets due to their sizeable bond and equity investments.

“Higher revaluation losses on these investments could potentially materialise, given expectations of further increases in yields in 2022. Nevertheless, ITOs are expected to remain resilient, supported by pre-existing financial buffers

Mon Apr 4 , 2022
Charles G. Boyd, an Air Force fighter pilot who was held captive as a prisoner of war in Vietnam for nearly seven years, rose to the rank of four-star general and later forged a civilian career as an expert on homeland security and foreign policy, died March 23 in Haymarket, […] 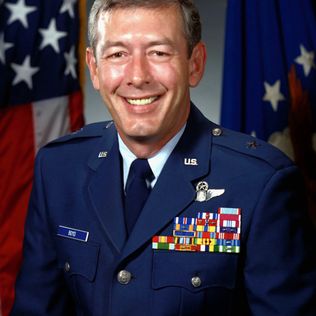