Back in the days when the Baby Boomer generation were kids, it seemed like every pet store had “baby turtles” for sale. Our parents brought home a couple as they were seemingly easy to care for. Usually, the salesperson also sold a tiny plastic bowl with a basking platform built in and a container of “turtle food.” These tiny turtles, only three inches or so, made their way into many households. Not usually mentioned by the salesperson though is the amount of care required. These tiny turtles needed sufficient room, a temperature-controlled environment and other requirements to ensure survival. The cute little plastic bowl with the fake palm tree sticking from one end developed a nickname among herpetologists and other people who care about reptiles; the “death dish.”

The species of turtle I speak of is the red-eared slider (Trachemys scripta elegans). Named for the red marks behind each eye, this species is native to the lower Mississippi Valley but not in this region. They can grow to over a foot long and live for 30 years or more. Some of the many turtles purchased were actually well cared for. When the kids grew up, though, many of these turtles were released into the wild, usually in a lake or pond. Many turtles succumbed to the new environment; predation and not being able to find a suitable hibernation spot in an unknown habitat were likely the reason most of these turtles did not make it.

Some turtles actually did adapt, however, and managed to breed in many ponds, creating self-sustaining populations. This can present a problem in areas of large red-eared slider populations, as they can displace native species of turtles due to food and basking area competition. Heavy populations are present around the NYC and Long Island areas in NY as well as southeast PA, but there are also smaller populations in Orange and Sullivan counties in NY and Pike County in PA.

Releasing turtles, or any other animal for that matter, is not a good idea. Not only will the animal likely succumb to being in an unfamiliar habitat, but there is also the chance of passing pathogens that the animal may be carrying to a new waterway. For this and other reasons, it is illegal to release pets into the wild. Consider donating your turtle to a school or rehabilitation center instead. Likewise, if you are looking for a pet turtle, consider adopting through the same agencies; many of these places are at capacity when it comes to red-eared sliders, and be prepared to commit; they live two to three times longer than a dog or cat when properly cared for. Check this site for proper care (and proper surrendering)  of red-eared sliders: www.matts-turtles.org/red-eared-sliders.html.

Special Education Resources to Use During Distance Learning

Thu Aug 13 , 2020
Tailoring your special education resources for remote learning is more important than ever during this time of COVID-19 and schools moving to virtual instruction to keep students and families safe. With stay-at-home orders placed across the country amid the pandemic, distance learning quickly became the norm. And while adjusting to […] 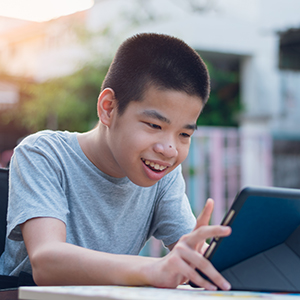