PIERRE — On the eve of a vote to authorize articles of impeachment against Jason Ravnsborg, the South Dakota attorney general broke months of silence on the issue.

Ravnsborg’s spokesman released a letter to South Dakota lawmakers Monday night, in which the attorney general defended his actions following a Sept. 12, 2020 accident that killed a pedestrian. The letter also accused Gov. Kristi Noem of interfering in the investigation for political gain, slamming the governor and accusing her of calling for his impeachment because of investigations into her behavior.

Ravnsborg urged lawmakers to follow a House committee’s decision not to recommend impeachment.

“Your decision could overturn an election and set forth a dangerous precedent for all South Dakota elected officials,” he wrote. “As such, I respectfully ask that you adopt the House Investigation Committees’ [sic] majority report and declare this matter complete and final and let the healing process continue.”

Ravnsborg’s letter comes ahead of the full House convening Tuesday in Pierre to decide whether the attorney general should be impeached for the accident, which killed 55-year-old Joe Boever. Investigators alleged that Ranvsborg had been reading news articles on his phone prior to the crash and that he had driven onto the shoulder of Highway 14 west of Highmore where he hit Boever, who was walking along the highway.

While the House Select Committee on Investigation concluded that Ravnsborg should not be impeached for the accident, other lawmakers say that his conduct following the accident should also be considered as impeachable offenses.

Ravnsborg ultimately pleaded no contest to two misdemeanors. His letter to lawmakers argued that if he were impeached for minor driving offenses, others in office could be, too.

“Setting such a low precedent will affect many members of the Legislature who have been convicted of Class 2 and Class 1 misdemeanors,” he wrote. “If this is the case, when will their impeachment or expulsion proceedings begin if that is the new standard? Who might be next to withstand impeachment whether based on the merits of a case or gubernatorial fiat?”

Ranvsborg has remained mostly silent as the legal and political process played out. During the court process into the accident, the attorney general did not attend hearings. Because the charges against him were misdemeanors, he was not required to do so.

The letter included multiple errors and appeared to have been a draft that was not completed before its release. In one sentence, words that were supposed to have been deleted appeared as strike throughs. In the opening sentence he had the wrong date of the accident.

But those opening paragraphs of the letter slammed Noem, who called on his resignation and then impeachment over a year ago. Ravnsborg accused the governor of using the accident as a political weapon. Her motivation, he said, was to install a new attorney general of her choosing.

“I could not resign then and cannot resign now because the incident did not impede my ability to perform the functions of Attorney General including on-going investigations of the executive office,” he wrote. “Knowing Governor Noem could hand select my replacement, I felt it appropriate to stay in office to maintain the checks and balances within the state.”

He accused Noem of violating his due process rights and privacy rights, and said that his office’s investigations into her activities played a role in her animosity toward him.

“My office has multiple ongoing investigations into the Governor’s alleged activities and people associated with her,” he wrote. “However, despite her procedural interference and bias towards me, I believe she has rights and should have the ability to let the process prevail regarding these open investigations regarding her and her administration. Justice should be blind and we all have rights under the state and federal constitution.”

“It has been 576 days since the accident,” he wrote. “I mark it on my calendar each day and reflect. I want to say, ‘I am Sorry’. Every day I think about Joe Boever, a man I had never met, who changed my life forever. I am sorry the family has had to endure this tragedy in so many ways and has been put in the middle of this highly political situation.”

Noem’s office responds to letter: ‘Facts of the case speak for themselves’

Gov. Noem’s office responded to Ravsnborg’s letter on Tuesday morning, saying Ravnsborg is trying to distract from the impeachment vote by blaming her.

“The people of South Dakota deserve to know the truth,” the statement said. “The facts of the case speak for themselves. Anyone who wants to know the actual facts should ignore the Attorney General’s bizarre letter and instead read Secretary Price’s letter to Speaker Gosch and watch the Highway Patrol presentation from last week. The Attorney General wants to make this about me to distract House members, when in fact the question before them is about whether he should be the state’s top law enforcement officer.

“He killed an innocent man, lied about the events of that evening, and abused his office to cover it up,” the statement continued. “He had months to offer his testimony to the impeachment committee but instead waited until the night before the House meets. The question for the House is whether they believe all of the law enforcement officers who investigated this case are lying? Jason does; I do not. I stand with law enforcement.”

Wed Apr 20 , 2022
There’s no shortage of news when looking at the Washington Commanders.  While most teams are solely focused on getting ready for the NFL Draft, things are a bit different in Washington.  Sure, the football side of things is still focused on which rookies will join the team later this month. […] 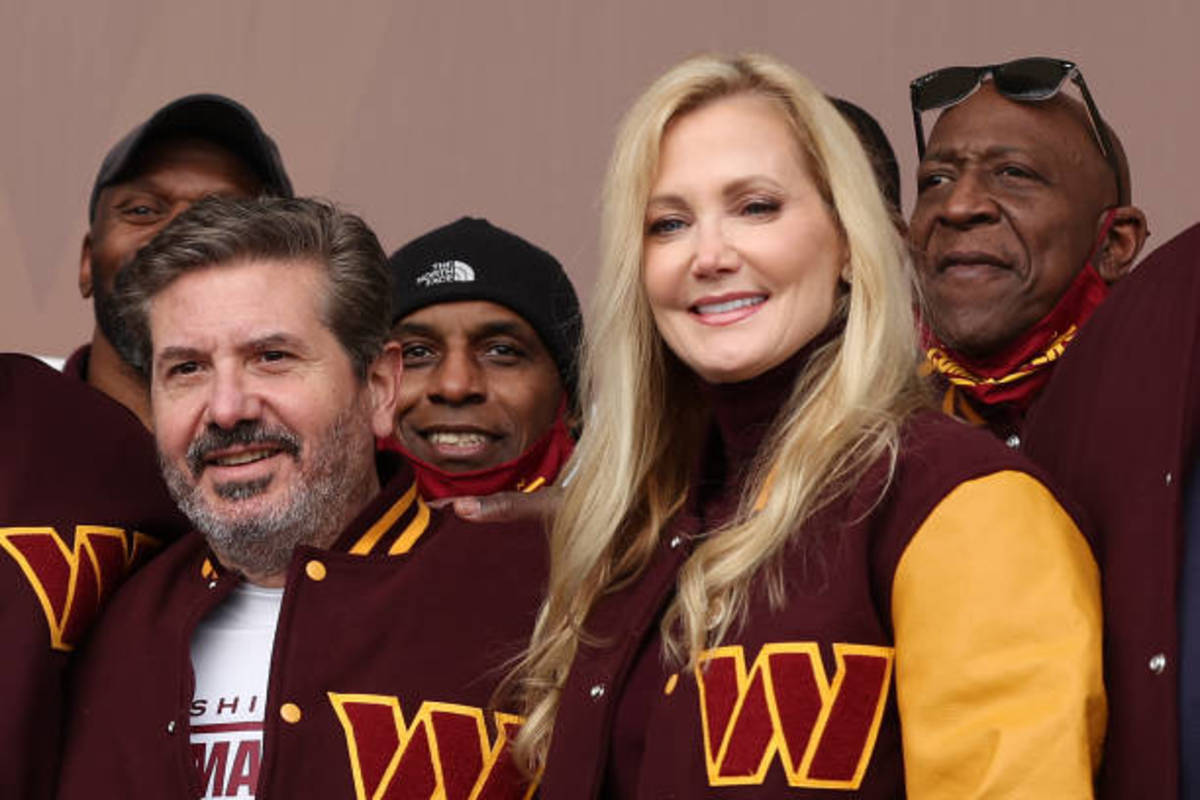