The Civil War era produced many interesting figures in Texas History. Among them was Samuel B. Maxey, a lawyer, Confederate general, and U. S. Senator.

Samuel Bell Maxey was born in 1825 in southern Kentucky. His father, Rice Maxey, was an attorney. He attended school faithfully, and in 1842, he was selected to attend the U. S. Military Academy at West Point. His roommate was Stonewall Jackson and attended classes with Ulysses S. Grant. He struggled academically at West Point but graduated in 1846 as a second lieutenant.

As his class graduated, the United States was entering the war with Mexico. Maxey was assigned to an infantry unit in Monterey. He saw action in some of the fiercest battles of the Mexican War and was cited for his bravery and promoted to first lieutenant. As the war ended, Maxey was assigned to a police unit as the U. S. Army occupied Mexico City. Once the peace treaty with Mexico was signed, Maxey was reassigned to a post in Missouri. He resigned from the army in 1849 and returned to Kentucky.

He decided to follow in his father’s footsteps and become an attorney. He studied law under his father, a common arrangement in a time when there were few law schools. He was admitted to the Kentucky bar in 1851 and joined his father’s law practice. He married in 1853 and moved to Texas with his father and bride in 1857.

They settled in Lamar County, just south of Paris, where they established a thriving law practice. In 1858, he was elected district attorney for Lamar County. When the Civil War approached, he was elected to the secession convention in 1861 and supported Texas joining the Confederacy. He was elected to the state senate but declined the position in order to raise an infantry regiment for the South. His father served in the state senate instead. He organized the Ninth Infantry Regiment near Bonham as its colonel, enlisting more than a thousand men. However, he was soon reassigned. He was promoted to brigadier general in 1862 and participated in the Battle of Port Hudson in Louisiana in 1863.

He was reassigned later in 1863 to take military command of the Indian Territory (present-day Oklahoma), where he worked with the tribes allied to the Confederacy against the Union government. He organized raids on Union incursions into the area, seizing supplies and preventing a possible Union invasion of Texas from the North.

In February 1865, Maxey was ordered to Houston to take command of a division stationed in the area. By the time he arrived, the war was nearly over. Confederate units were retreating in all directions, shortages of food and ammunition were everywhere, and the troops all saw the writing on the wall. Many of Maxey’s troops decided the Confederacy was a lost cause and deserted. By the end of April, the Confederate government in Richmond had collapsed, Gen. Robert E. Lee and most other generals had surrendered, and Confederate President Jefferson Davis was on the run. He asked the remaining Confederate officials in Texas to resign, and he left his post in May. Upon his return to Paris, he surrendered to Union officers who had already made their way to the area.

After the end of the war, he enlisted the help of his old classmate Gen. Grant to apply for a pardon from the federal government, which was granted in 1867. He resumed his legal work and attempted a run for office. In 1872, he ran for Congress but lost the Democratic nomination. Gov. Edmund J. Davis, though a former Union general and a Republican, was impressed by Maxey and offered him a position as a judge. Maxey declined, feeling his legal work had created too many conflicts of interest.

In 1874, a new Democratic legislature had taken control in Austin. As state legislators still chose United States Senators at this point, they selected Maxey for the Senate. His tenure in the Senate was somewhat lackluster but he managed several successes involving transportation and infrastructure. He served on the committee on post offices and post roads where he expanded post offices across Texas, speeding up commerce and communications across the frontier areas, gained aid for improving the state’s harbors along the Gulf of Mexico, and gained federal support for expanding the railroad network across the state. He also helped establish a stagecoach route between Fort Worth and Yuma, Arizona. He was re-elected in 1880.

He attempted a third term in 1886. Instead, Congressman John H. Reagan of Palestine, an eight-term congressman and former Confederate postmaster general, was selected by the state legislature to replace Maxey. Maxey accepted the decision and quietly returned to Texas in 1887.

Upon his arrival in Paris, Maxey resumed his law practice. He would eventually bring on two nephews as partners. In 1892, he retired from the law firm. His health was declining, and he traveled to Eureka Springs, Arkansas, in 1895 for the recuperative warm springs, but he died there at age 70. In 1942, the United States Army opened Camp Maxey near Paris as a training center, but closed it after World War II ended. Maxey’s home is considered a state historical site.

Ken Bridges is a Texas native, writer and history professor. He can be reached at [email protected] The views and opinions expressed here are the author’s own and do not necessarily reflect those of the Herald Democrat.

Temporary Car Insurance with Several Benefits Attached to it

Sat Apr 9 , 2022
The company strives hard to encourage more people in getting the right auto insurance. Generally, most insurance companies usually don’t offer weekly car insurance and only provide a minimum of six months or 1-year car insurance policies. However, not everyone wants to buy a full auto insurance plan, and for […] 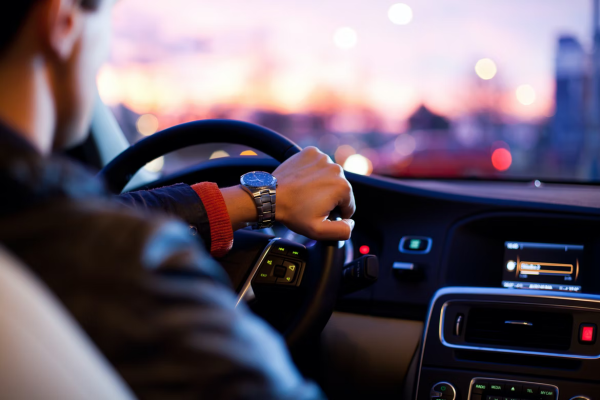