Now, McDonald’s is suing Easterbrook for the amount of his exit package: about $40 million.

The company cut ties with Easterbrook in November. At the time, McDonald’s board said the executive had violated company policy and “demonstrated poor judgment” by engaging in a consensual relationship with an employee.

In legal documents filed Monday morning, McDonald’s said that an internal investigation found other relationships and evidence that Easterbrook lied and destroyed records to conceal his behavior.

They also offer more details on the incident that the McDonald’s board referenced in its statement announcing Easterbrook’s exit: a sexting relationship with an employee.

“The investigation confirmed that the alleged relationship had occurred and revealed that it had been a non-physical, consensual relationship involving texting and video calls,” according to the complaint, which added that the relationship lasted a few weeks.

The document alleges that Easterbrook said this relationship was “the only one of an intimate nature” that he had ever maintained with an employee. He also allegedly said that he’d never had a physical sexual relationship with someone who worked for him.

But McDonald’s (MCD) reopened the investigation after it got an anonymous report in July alleging that Easterbrook had a physical sexual relationship with an employee while he was CEO.

The new investigation found that Easterbrook engaged in physical sexual relationships with three employees in the year before he was terminated, according to the complaint.

The evidence for those relationships, according to the suit, came in the form of “dozens of nude, partially nude, or sexually explicit photographs and videos of various women,” which included photographs of the three employees. Easterbrook allegedly sent the images as attachments on emails from his work to his personal account.

The investigation also found that Easterbrook “approved an extraordinary stock grant, worth hundreds of thousands of dollars, for one of those employees in the midst of their sexual relationship,” and that he lied to McDonald’s investigators last year.

The company alleges that by lying to the board, Easterbrook led them to believe that his firing could be considered “without cause.” The board ultimately landed on that designation, which entitled Easterbrook to certain outgoing benefits, the suit alleges.

As part of the terms of his exit, Easterbrook was promised 26 weeks severance pay, in addition to prorated bonuses as warranted. Those benefits amounted to about $42 million, according to outside firm Equilar.

Easterbrook stepped into the CEO role in 2015. He was replaced in November by Chris Kempczinski, who on Monday sent a letter out to employees commenting on the lawsuit.

“We recently became aware, through an employee report, of new information regarding the conduct of our former CEO, Steve Easterbrook. We now know that his conduct deviated from our values in different and far more extensive ways than we were aware when he left the company last year,” he said. “McDonald’s does not tolerate behavior from any employee that does not reflect our values.”

In an email sent to McDonald’s employees at the time of his exit, Easterbrook expressed regret over the relationship.

“As for my departure, I engaged in a recent consensual relationship with an employee, which violated McDonald’s policy,” Easterbrook wrote. “This was a mistake. Given the values of the company, I agree with the board that it is time for me to move on. Beyond this, I hope you can respect my desire to maintain my privacy.” He also said that his time as CEO “have been the most fulfilling years of my working life.”

This story is breaking. CNN is reaching out to Easterbrook’s lawyer for comment.

Thu Aug 13 , 2020
NEW YORK, Aug. 12, 2020 /PRNewswire/ — The automotive industry ranked #2 out of the 15 industries studied in MBLM’s Brand Intimacy 2020 Study, which is the largest study of brands based on emotions. MBLM (pronounced Emblem), the agency using emotional science to build more intimate brands during these unprecedented times, announced […] 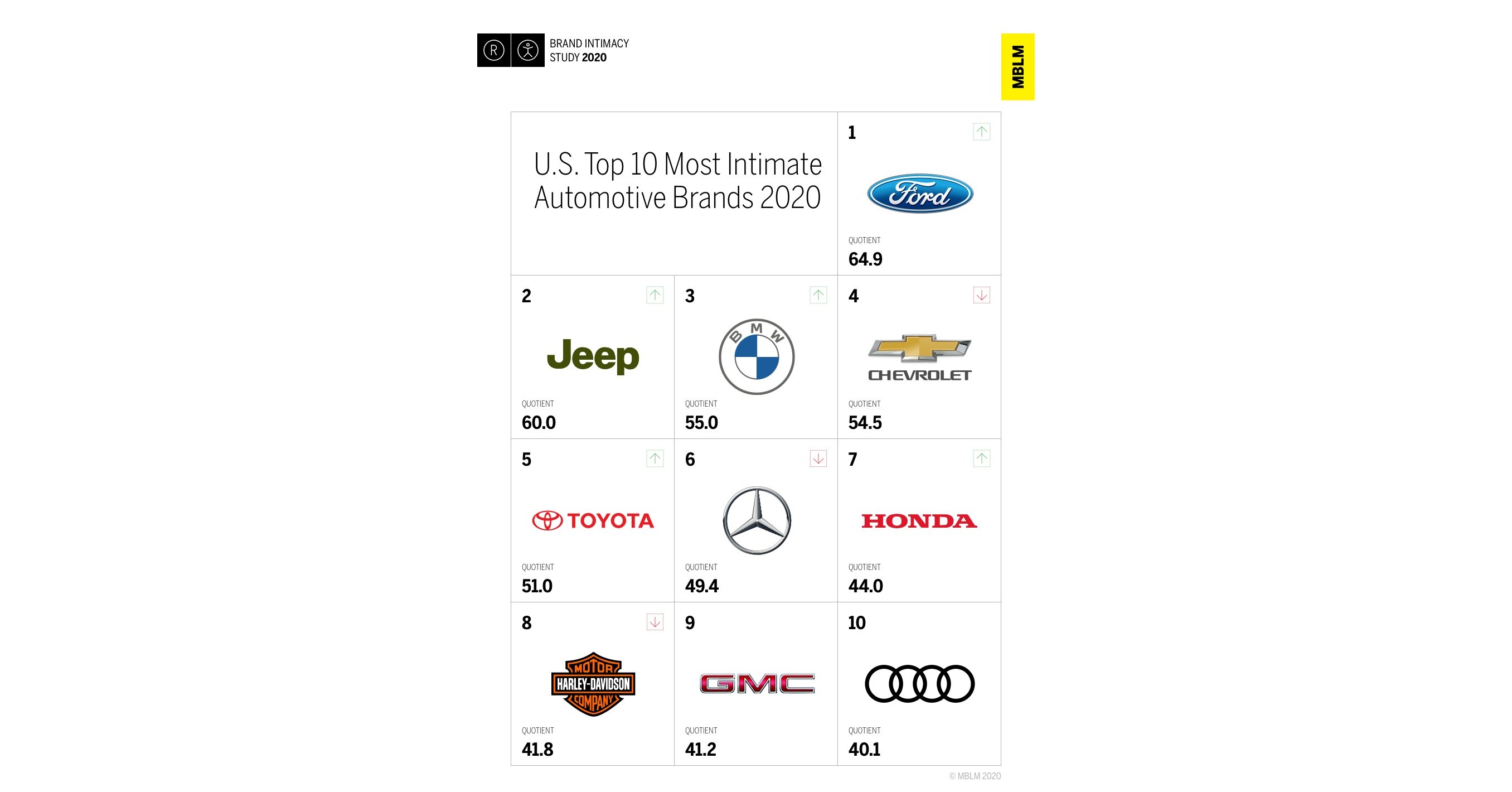