New Yorkers haven’t been able to go to the gym in five months, and while it’s been a huge shift in lifestyle for many, it’s also a threat to small fitness businesses. That’s why gyms and studios have had to get creative lately and take their equipment outdoors.

“We know gyms are highly problematic, not from our experience because we haven’t opened them, but we know from the other states,” he said in a presser on Wednesday. “[They have] opened them and they’ve had to close them—I don’t think that it’s the time to open. We’re precariously perched. And again, I applaud New Yorkers because they’re the ones who have found this perch in the sea of spread, but it’s only a function of our intelligence and our discipline.”

New York City, as it does, has risen to the challenge, taking its “highly problematic” gyms to the great outdoors, where officials have deemed it safe enough to gather in small groups with social distancing and masks.

BYKlyn Cycle’s outdoor studio at 421 Dean Street, which opens officially on August 12, has sun sails to provide shade, recycled astro turf complete with old soccer lines, 18 bikes spread six feet apart as well as a “battery of safety protocols,” and a SoundOff music system, much like a silent disco, to provide music.

“This is the scrappiness of small business—that’s who we are at BYKlyn Cycle and who Brooklyn is,” says owner Amy Glosser. “Small businesses don’t have the big resources to open gloriously. We have to do things on a shoestring, and we were able to do that.”

When the studio closed its doors in March, it had 250 members, but just 70 of them committed to their memberships through the summer, which was enough to help Glosser and her team rent the empty lot for the pop-up, she said.

“The community came out for us, now we’re giving back to our community,” she added. “Not only will we have hopefully 40 classes a week but we’re planning to have community events in the yard, with Covid safety at all times. We’re working with artists to do an open-painting event, poetry readings, and tango and salsa classes. We hope to use this space to create a safe place to gather and have experiences, because that is what New York is—we all live in this city because we like to be with one another.”

BK Fit likewise had to pull together after losing 80 members over the summer, despite renting out its equipment and taking classes to the park. When Phase 3 hit NYC in July, the gym took training to the street and found an outdoor spot in East Williamsburg where it could work with its members at a safe distance.

“[When the shutdown first happened], we were like, OK, this wont be long-lived,” co-owner Adam Sturm said. “There’s massive contraction in the industry, where trainers are looking at it and it’s not viable in the longterm. We decided we really needed to lead with our heart but make safe business decisions. We re-doubled our efforts. We’re fortunate, but we want to make sure we’re compliant [with safety protocols].”

BK Fit’s outdoor curbside classes are currently available at its three locations, and its outdoor facility at East Williamsburg will be joined by a second one soon, Sturm says.

Yoga Agora‘s owner Nick Velkov has taken his classes outside at Astoria Park, and on one of the Open Streets in Astoria, since the outdoors have been deemed safe.

“We made a decision in early July to hold yoga classes outdoors because at that point we felt there was enough evidence to suggest that the risk of virus transmission was relatively low when outside and observing mitigation efforts,” he told us. “Being outdoors gives everyone more room to spread out and still provides an experience of human connection.”

Salsa In Queens, while not a gym, has also aimed to provide a much-missed physical experience by taking its classes to the street. On Saturdays, it teams up with gastropub Katch Astoria for a sort of block party on Newtown Avenue.

“Salsa In Queens has built a strong community, and the opportunity to get our students together once again was a no brainer,” it said in a statement to Time Out New York. “The challenge was starting again both safely and smart, and for that we built a three-phase plan.”

Each phase will expand upon the number of classes as well as class size, granted the pandemic is still under control and students feel comfortable enough to join us, they said.

“To help build trust and comfort with our students, we have strict guidelines for classes that include mandatory masks, sanitizing before class, keeping 6 feet apart via marked floor spots, no cash transactions and more.”

Tamara Jackson, a longtime fitness trainer at the New York Sports Club in Harlem was without a job when the shutdown occurred and switched over to Zoom classes. She went from 26 classes every week to three live, in-person boot camp-style classes and seven online. Now, after getting 15 bikes, she’s able to do multiple classes a day at the corner of 131st Street and Fifth Avenue.

So far, the pivot to full outdoor studios (not just holding classes outside) is working, owners say.

“Training outdoors is the only way I would train a live workout,” Jackson said. “We know that Covid doesn’t transmit as easily outdoors and people, especially people who are more susceptible to the coronavirus, need to exercise.”

Glosser at BYKlyn said that if she didn’t have the outdoor studio, she would be “wallowing in what my future is.”

“We have heard and continue to hear that New York isn’t coming back and everybody’s moved away,” she said. “I lived through 9/11 and Hurricane Sandy and I believe that New York is going to come back and there’s nothing I’d rather invest in than a brand and our community here—that is very much what New York is: it is gritty, we show up, and we support local business. It might take a year or two, but I believe in my heart to never bet against New York.”

Time Out’s Love Local campaign is supporting local food, drink and culture in New York. Find out how you can help save the places that make our city great.

Most popular on Time Out

Thu Aug 13 , 2020
With the rise of online vehicle sales platforms, some may never test drive the car they buy. This certainly presents a challenge, Krause said. Which is why it’s up to the automotive industry not only to prove what EVs can do, but push for the infrastructure to support them. “The […] 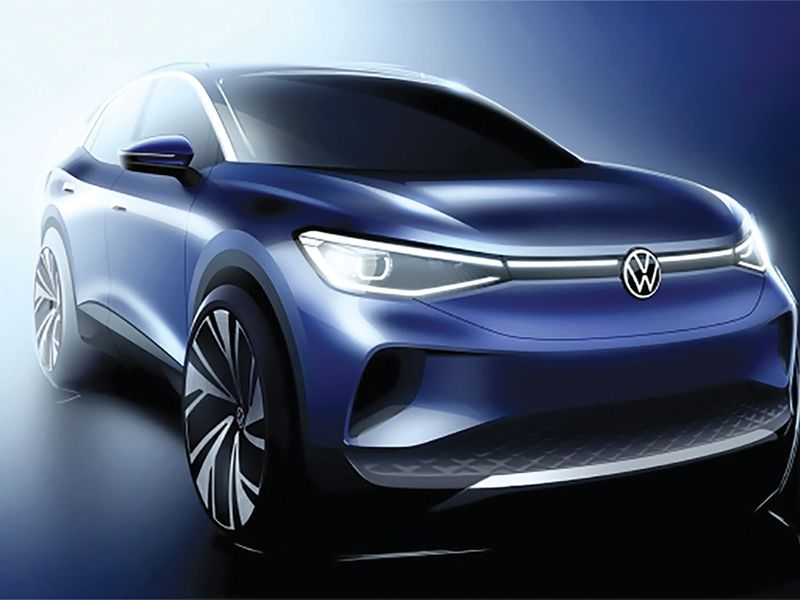