Elon Musk trumpeted Tesla’s early inroads into automotive insurance last week. Warren Buffett, whose Berkshire Hathaway conglomerate owns Geico, has cast serious doubt on whether Tesla and other automakers can break into the industry and turn a profit.

Tesla recently began underwriting auto insurance for customers in Oregon, Colorado, and Virginia. The electric-vehicle company plans to offer insurance to 80% of its US customers by the end of this year, according to its first-quarter earnings call.

Musk said that showing customers in real time how their driving affected their insurance costs could result in safer driving habits and lower premiums. Tesla can also use vehicle data to quickly pay out claims and organize same-day repairs, providing a better customer experience than conventional car insurers, he added.

Moreover, Tesla can analyze crash data to identify how accidents were caused, then reduce the risk of them reoccurring by tweaking its car designs or software, Musk added.

Buffett downplayed the threat posed to Geico by Tesla’s insurance ambitions during Berkshire’s annual meeting in 2019. An automaker is as likely to fail in the insurance business as an insurer is likely to fail in making cars, Buffett said, adding that he was far more concerned about rivals such as Progressive than the likes of Tesla.

“It’s not an easy business at all,” he said. “I would bet against any company in the auto business being any kind of an unusual success.”

“I don’t think they’ll make money in the insurance business,” Buffett added about carmakers. He acknowledged the value of vehicle data, but because telematics are being widely adopted, he doubted it would grant an edge to automakers over established insurers.

Christopher Bloomstran, the president of Semper Augustus Investments and a close follower of Buffett and Berkshire, has explained on Twitter why he’s skeptical of Tesla’s insurance business.

The fund manager has questioned whether Tesla has the excess capital needed to underwrite material amounts of insurance. He’s also said that running and expanding an insurance-underwriting business and paying out claims costs money and that the complexity of Tesla cars will make them pricier to repair than conventional cars.

Bloomstran has also emphasized that the auto-insurance industry is competitive, its players have slim profit margins, and regulators will drive Tesla’s pricing down if it starts earning big profits.

Thu May 5 , 2022
The general rule is that home improvement is not tax-deductible. Many exceptions apply to the rule. Several rules overlap and change yearly. Always talk to a tax professional before digging into your project to see if it can affect your tax liabilities. Repairs Home repair projects like painting, roof repair, […] 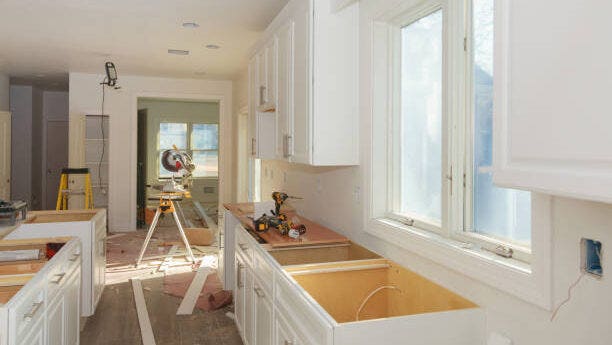