A dealership is expanding its Miami-Dade County presence by buying part of a church’s property for $7.2 million.

Arnaldo Bomnin said that the property would be used for sales and service operations, but that specific plans were not yet in place.

The property last sold for $1.1 million in 2002, records show. A representative from Calvary Church Ministries could not be reached for comment.

The site is the latest addition to Bomnin’s growing portfolio. Last year, Bomnin Automotive paid $7.3 million for a former Mitsubishi dealership in Pinecrest, and in 2019 the company paid $19 million for a dealership at 1075 Southeast Sixth Avenue in Homestead.

In 2018, Bomnin submitted a winning bid of $25 million for a shuttered Toys “R” Us building at 8325 South Dixie Highway, which gave him more than 4 acres and nearly 48,000-square-feet of building space next to an existing dealership at 8455 South Dixie Highway in unincorporated Miami-Dade, near Dadeland.

Records show Bomnin also owns the dealership spanning 11701 and 11855 Southwest 152nd Street, which the company bought from Grand Prize Automotive in 2016 for $21 million. Bomnin acquired his first dealership in 2010, according to the company’s website.

Car prices have surged during the pandemic as supply shortages have created a seller’s market. Last month, the Wall Street Journal reported that Ford and General Motors warned dealerships against charging customers more than the list price for new cars. In December, the Journal reported that nearly 87 percent of all new vehicles sold at or above sticker price. 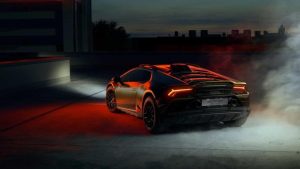