If you plan on using the language of a different culture, you may want to double-check what the meaning of the word is. Recently, an Alberta brewery apologized for using a Maori word to name their beer. Apparently, one of the meanings of the word is “pubic hair.”

The beer was being sold in a variety of liquor stores and pubs across the province.

But the meaning of the Maori word Huruhuru may have been lost or mistranslated by the brewery.

A person by the name of TeHamua Nikora posted a video on Facebook discussing the meaning of the word.

In his video, he says that the word actually means “pubic hair” in Te Reo Maori which is the dialect spoken by Maori people.

During the video, he called out a leather business with the same name, both of the businesses believed Huruhuru meant “feather.”

“No Maori is going to go in your store and buy pubes. Why would you buy pubes when you can get your own pubes for free,” said Nikora when referencing the leather shop that used the word.

He then goes on to discuss the word being used by the brewery.

“It’s that entitlement disease they’ve got. Stop it. Use your own language.”

Apparently, Nikora brought the error to the attention of both the leather shop and the brewery.

Founder and general manager Mike Patriquin told Narcity in an email that the brewery is supporting of all forms of culture and it was not their intent to offend anyone.

“That said, we acknowledge that we did not consider the common place use of the term huruhuru as reference to pubic hair, and that consultation with a Maori representative would have been a better reference than online dictionaries.”

He also noted that the company will be taking the time to re-brand the beer.

“We also do not think pubic hair is shameful, though we admit it may not go well with beer,” he said.

According to Google Translate, the word is a noun that can mean many things including hair, feather, or coat.

An online Maori dictionary claims the word is all the above but it also can mean fur or “bristles (not normally of the head).”

The beer, which was made in 2018, was first announced on Twitter.

It has now gained the attention of many due to the Facebook video by TeHamua Nikora.

You Are Cordially Invited (or Not) to Our Socially Distanced Wedding

Thu Aug 13 , 2020
Lara Eurdolian’s dream roof deck wedding with 160 guests in Brooklyn was planned for Sept. 26, 2020. But like thousands of couples, the coronavirus put an unexpected halt to her plans. “I still wanted to get married but I wanted to be sensitive to what people were going through,” said […] 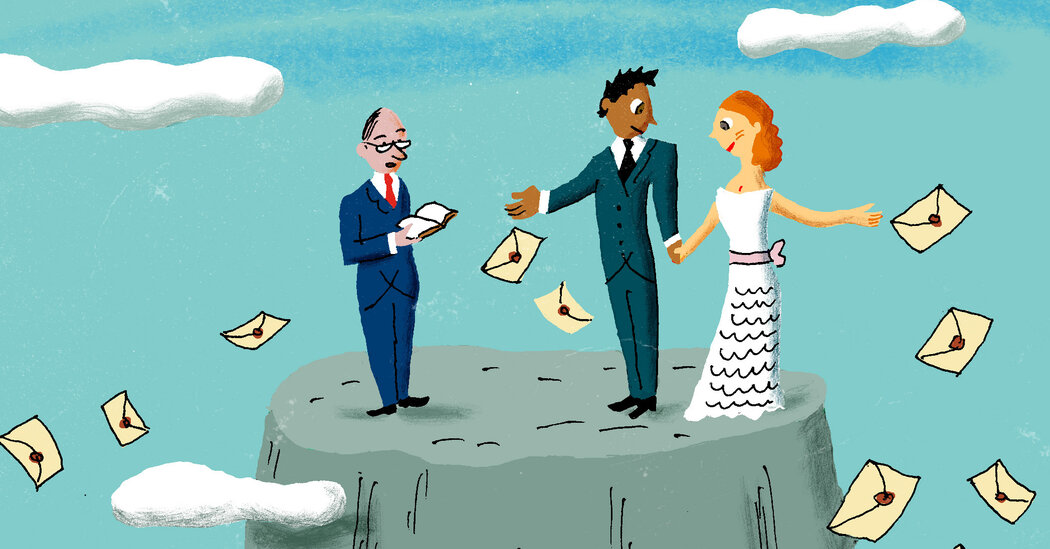