It’s hard to believe that three years ago, the early days of the pandemic caused massive shutdowns — including schools, workplaces, restaurants, and many venues.

But not every business closed its doors to the public. Dollar General ( DG 0.64% ) remained open. People flocked to the stores initially, so this is a good time to see how the company has done in the meantime and assess its prospects. 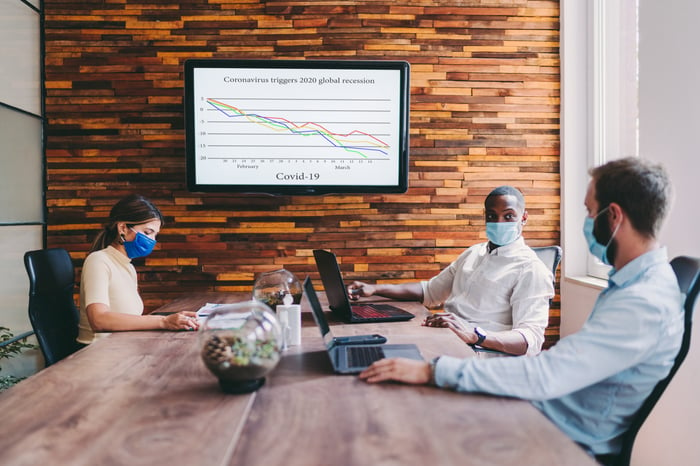 With more than three-quarters of Dollar General’s sales coming from products like paper towels, toilet paper, and disinfectants, people came to the stores in droves due to strong demand for these items during the early days of the pandemic. For fiscal 2020, which ended on Jan. 29, 2021, same-store sales (comps) increased by a sharp 16.3%.

While the pandemic helped 2020 results, Dollar General’s low prices — with most merchandise sold for under $10 — attract buyers in a variety of circumstances, including economic downturns. 2020 marked an impressive 31 straight years with a comp increase.

Last year, covering the period that ended on Jan. 28, Dollar General broke its streak when comps fell by 2.8%. However, that’s because 2020 was so impressive that the company was facing a difficult comparison. On a two-year basis, comps increased by 13.5%. Management expects comps to become positive this year, forecasting a 2.5% rise. With customers clamoring for discounts in this high-priced environment, this could prove conservative.

Dollar General isn’t just standing pat, either. It has opened about 1,000 stores annually, ending last year with over 18,000. And management expects to expand by more than 1,100 this year.

Beyond that, Dollar General has a couple of other initiatives that have started well. DG Fresh offers fresh and refrigerated goods in its stores. After testing the concept a couple of years ago, management was pleased with the progress. It rolled out the concept at all of its stores and claimed it had a positive impact on Dollar General’s sales and margin.

Additionally, its “pOpshelf” initiative provides customers with a “treasure hunt” experience. Keeping its low price concept, these stores price their items at $5 at the most. Although in the early stage, it’s promising that its 55 locations are more than the 50-store goal.

While Dollar General’s performance since the pandemic began has been impressive, this isn’t merely a company that thrived during this challenging period. This is a retailer that has proven its mettle by offering low prices on its goods. It has succeeded pre-pandemic and in the darkest days that followed. Dollar General even thrived during the Great Recession.

As retailers deal with increasing costs, Dollar General should continue doing well by offering all kinds of merchandise at an attractive price. That bodes well for its future.

This article represents the opinion of the writer, who may disagree with the “official” recommendation position of a Motley Fool premium advisory service. We’re motley! Questioning an investing thesis – even one of our own – helps us all think critically about investing and make decisions that help us become smarter, happier, and richer.

“Have we met?” A multispecies approach to the planet – We Make Money Not Art